Memorial Day weekend was the opening weekend for Lime Rock Park, and the track played host to the IMSA Porsche GT3 Cup and Continental Tire SportsCar Championship (CTSCC). CTSCC would also see a separate race for each class (ST and GS) instead of a single race that normally combines both classes. This meant that lots of racing action was in store for the fans. Friday was practice and qualifying, and Saturday was race day.

I started Friday taking photos from the outside of Turn 4. This turn provides lots of photo opportunities for panning, 3/4 panning, head on shots, and shots from behind of the cars going down No Name Straight. Some of my favorite shots from this turn are the 3/4 panning shots because of the background in the shots. 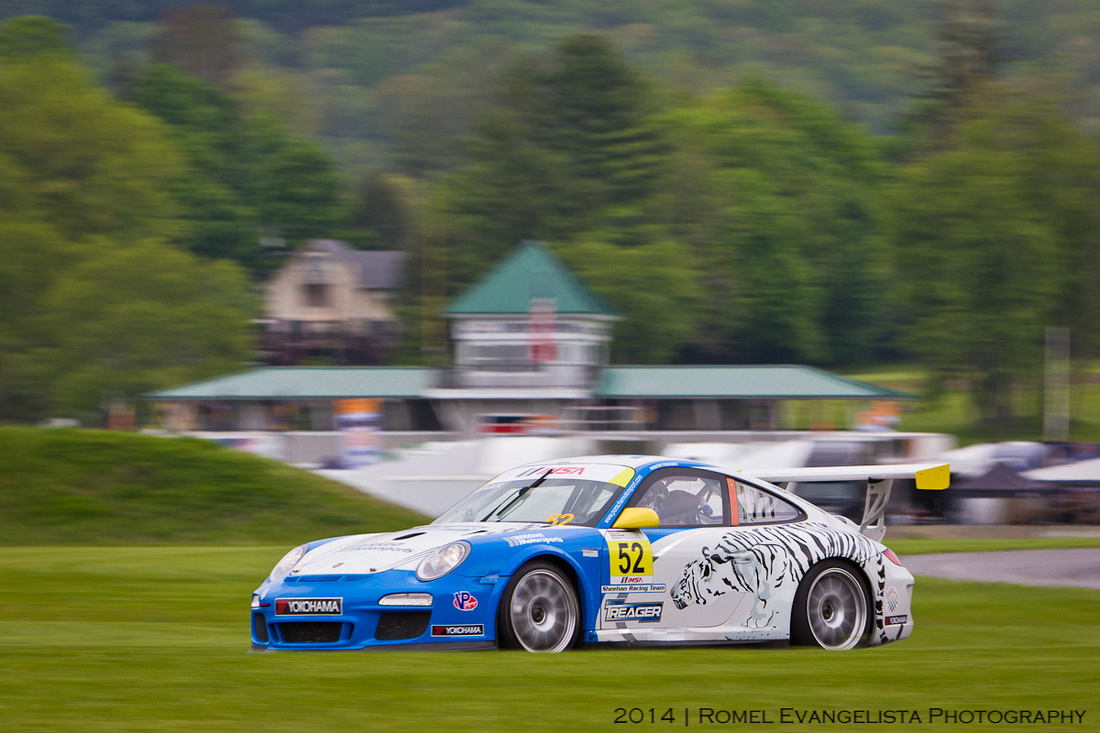 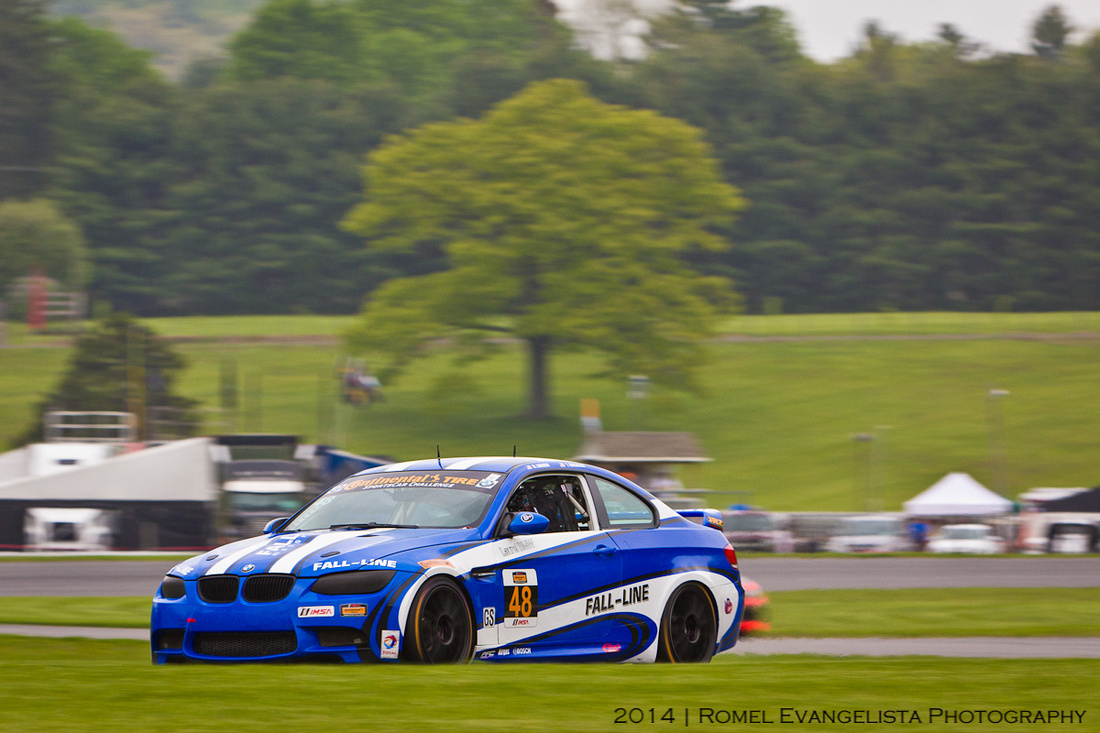 I also liked playing with the composition of my head on shots from this location. 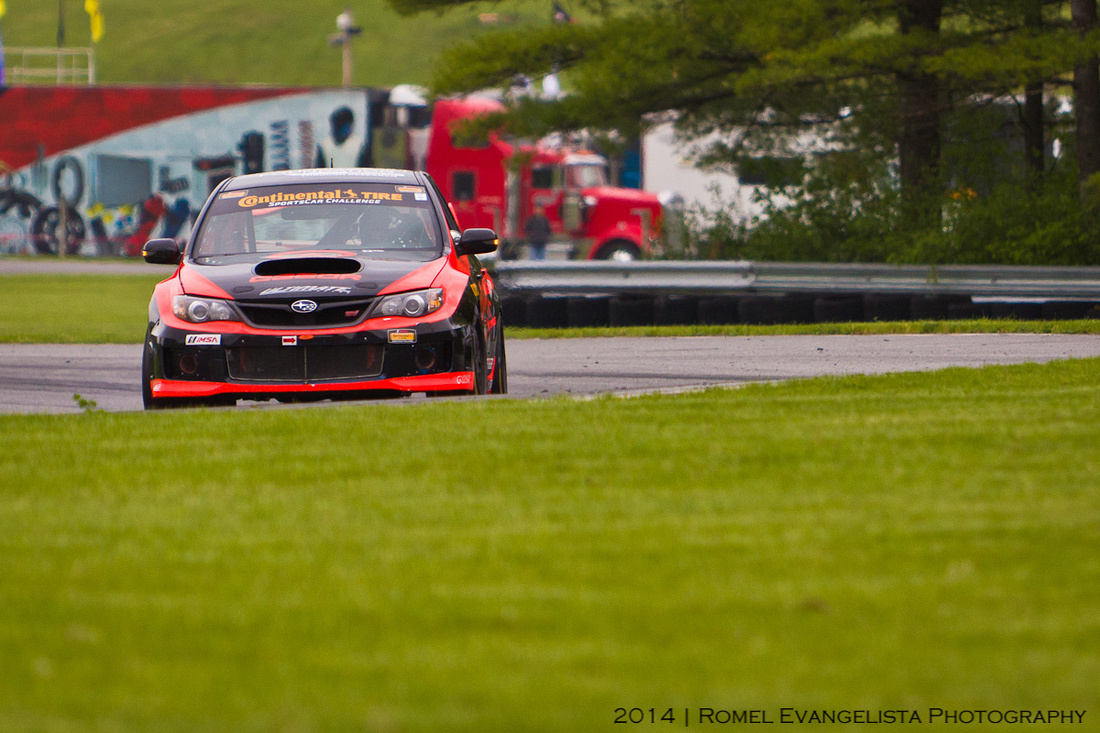 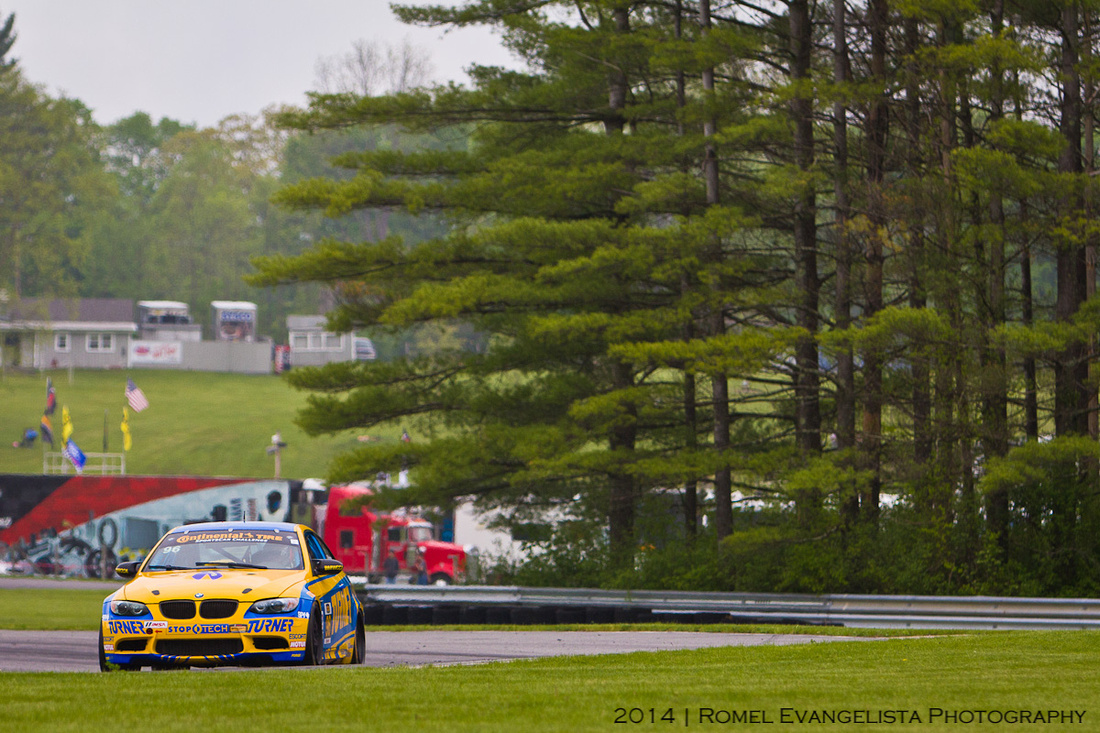 The #96 BMW M3 of Bill Auberlen and Will Turner.
Team - Turner Motorsport

My next shooting location for the day was the outside of Big Bend. This location allows for photos of the cars entering and exiting Big Bend, as well as panning shots. For the panning shots, I liked using the colors of the Turner Motorsports paddock setup as a backdrop. 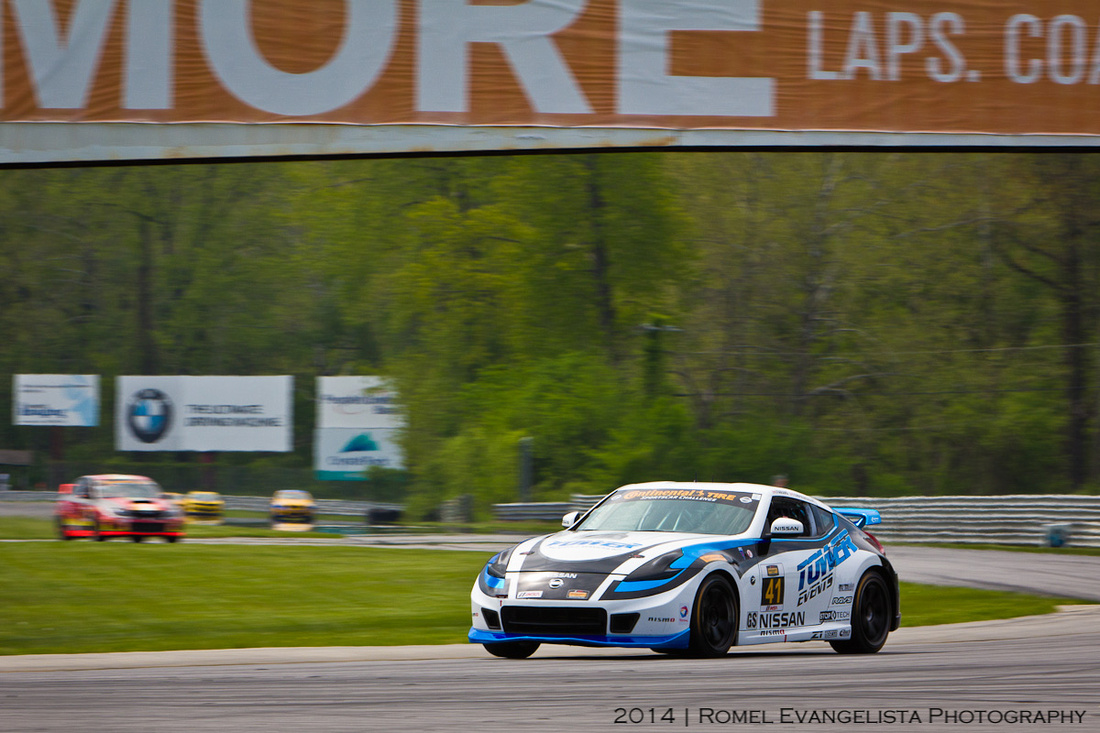 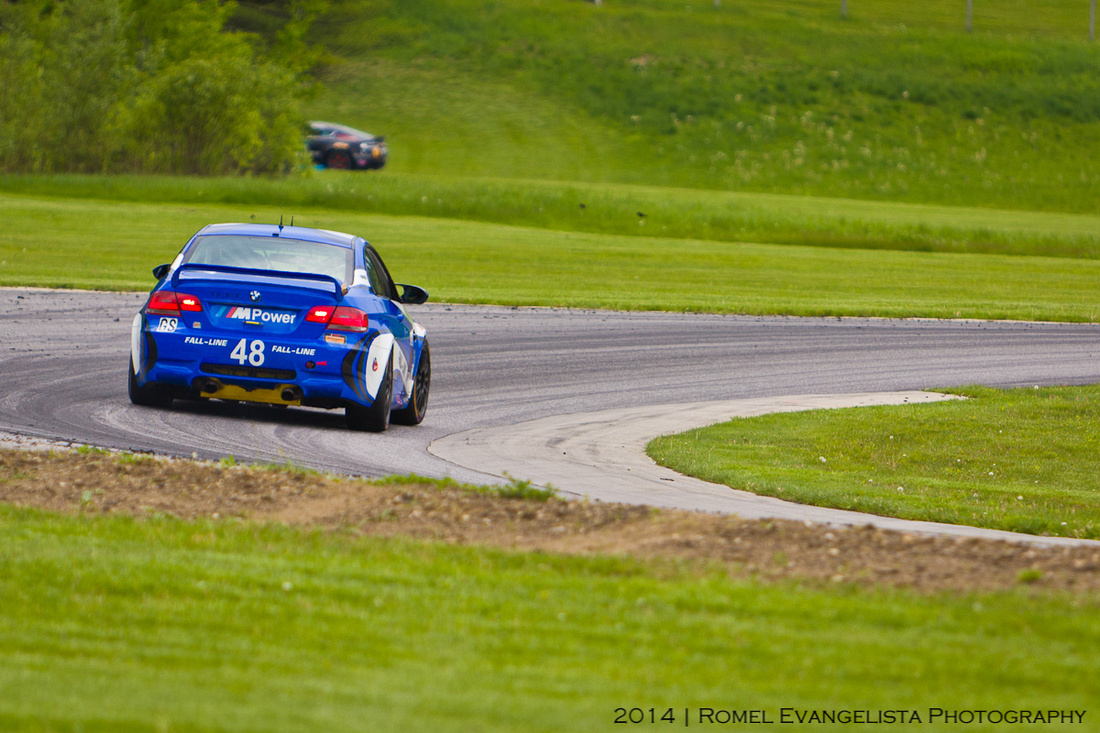 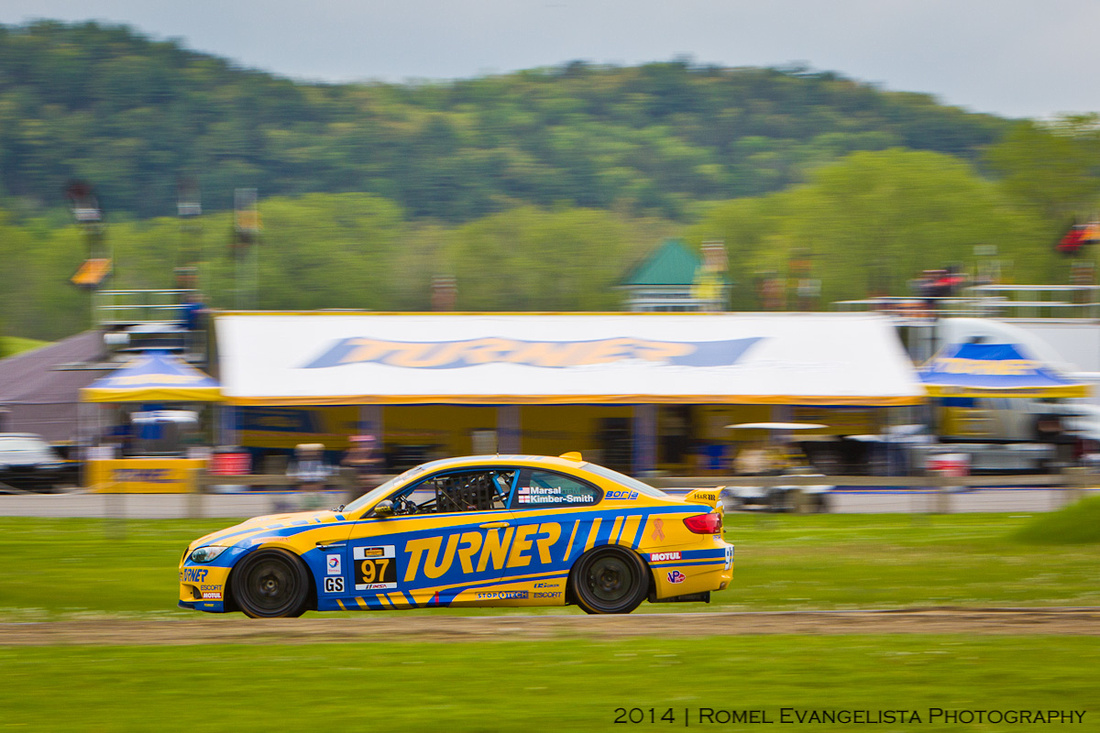 I have to admit that the panning shot above was one of my more conservative ones for the weekend.

My final shooting location for Friday was at the inside of the Downhill turn. This location offers opportunities to pan with the cars as they are coming down the hill, going through the turn, or starting down the front straight. It was at this point during the day that the rain finally arrived. While I am not particularly a fan of shooting in the rain, it does make for interesting photos. 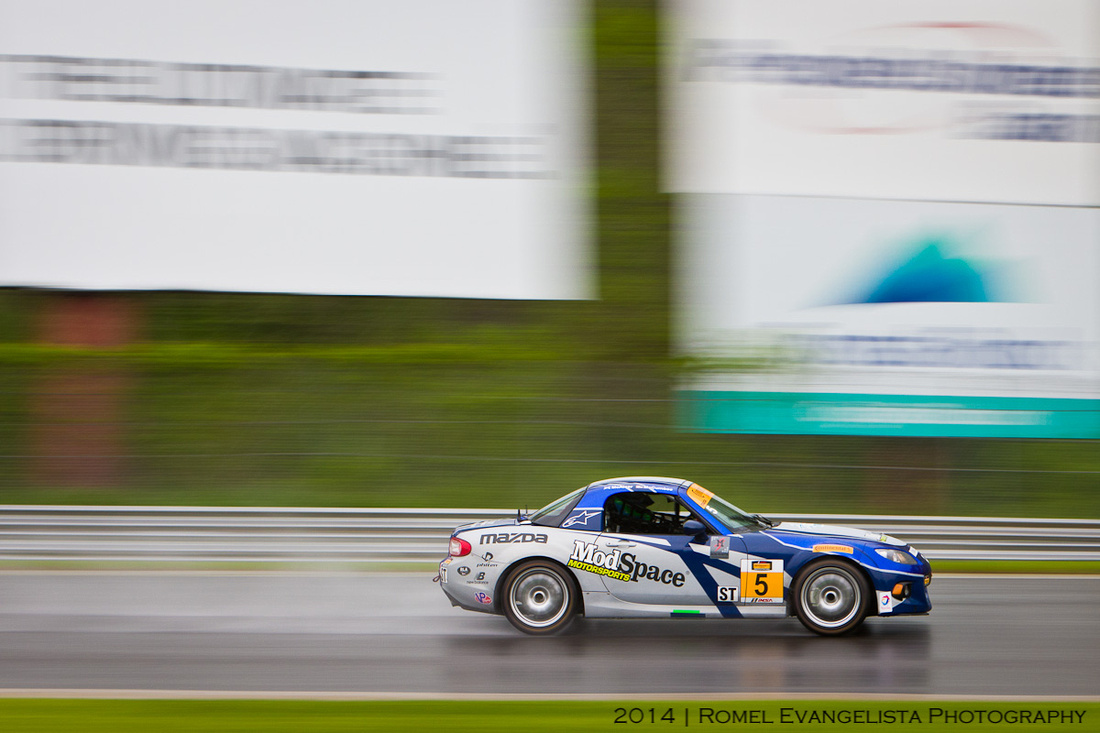 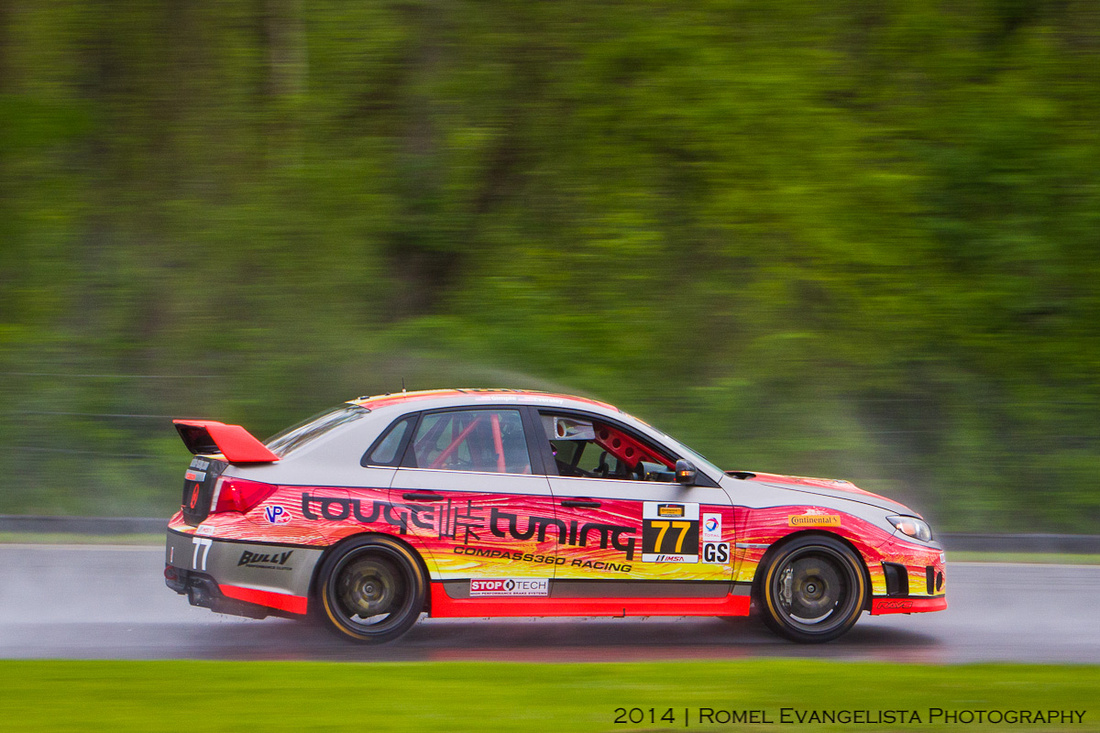 Saturday was race day, and the first up to race was the ST class of the CTSCC. After the pre-race grid walk, I spent the beginning of the race in the infield walking from Big Bend to the Lefthander. This allowed me to get panning shots with various backgrounds. For the later part of the race, I spent some time at the back end of the track by the Uphill and West Bend. 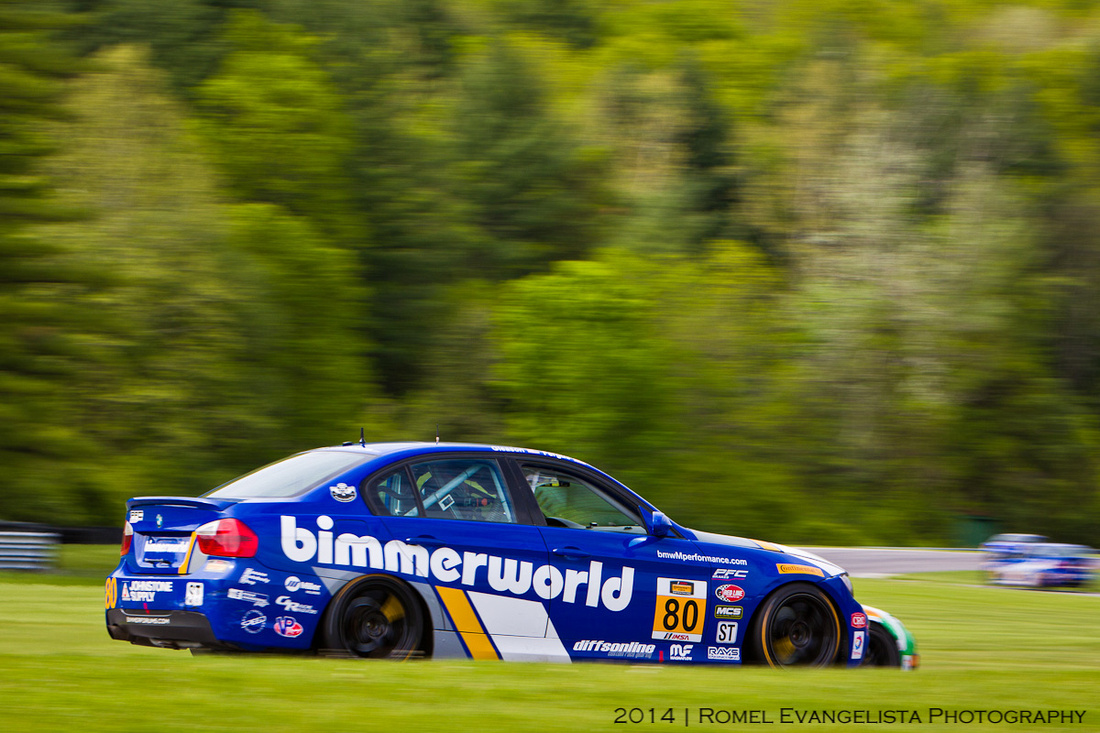 The #80 BMW 328i of Kevin Gleason and Corey Fergus.
Team - BimmerWorld Racing 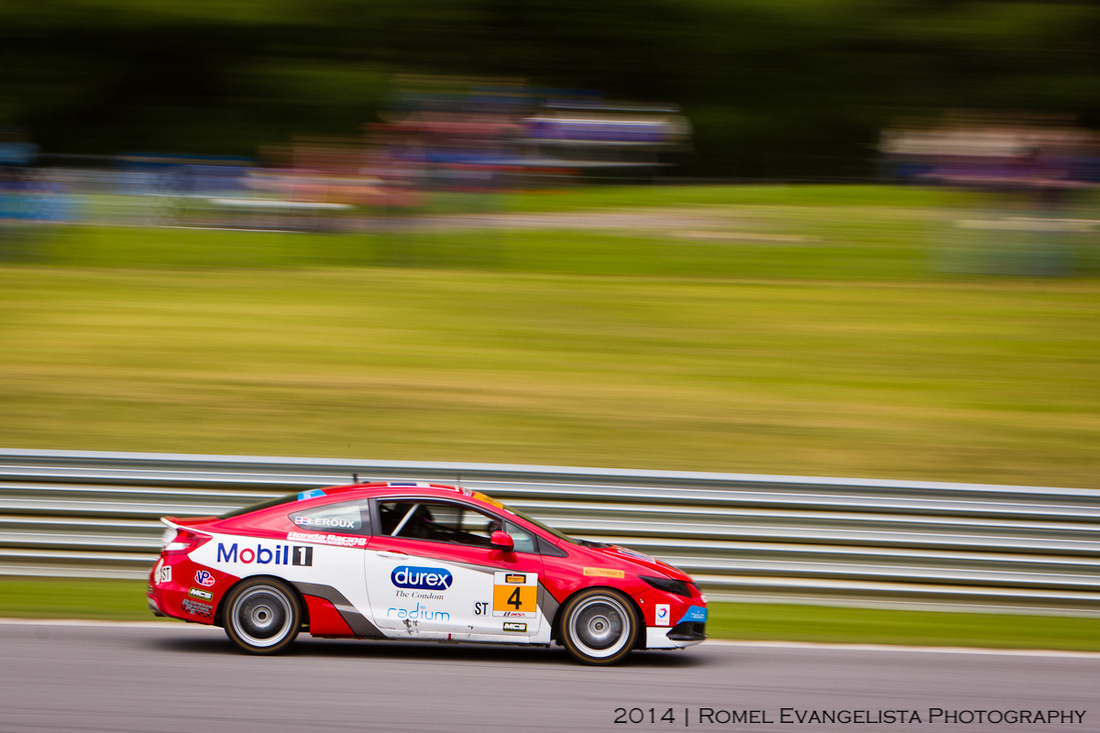 Next up was the Porsche GT3 Cup race, and I spent the entire race in the infield section from Big Bend to the Lefthander. 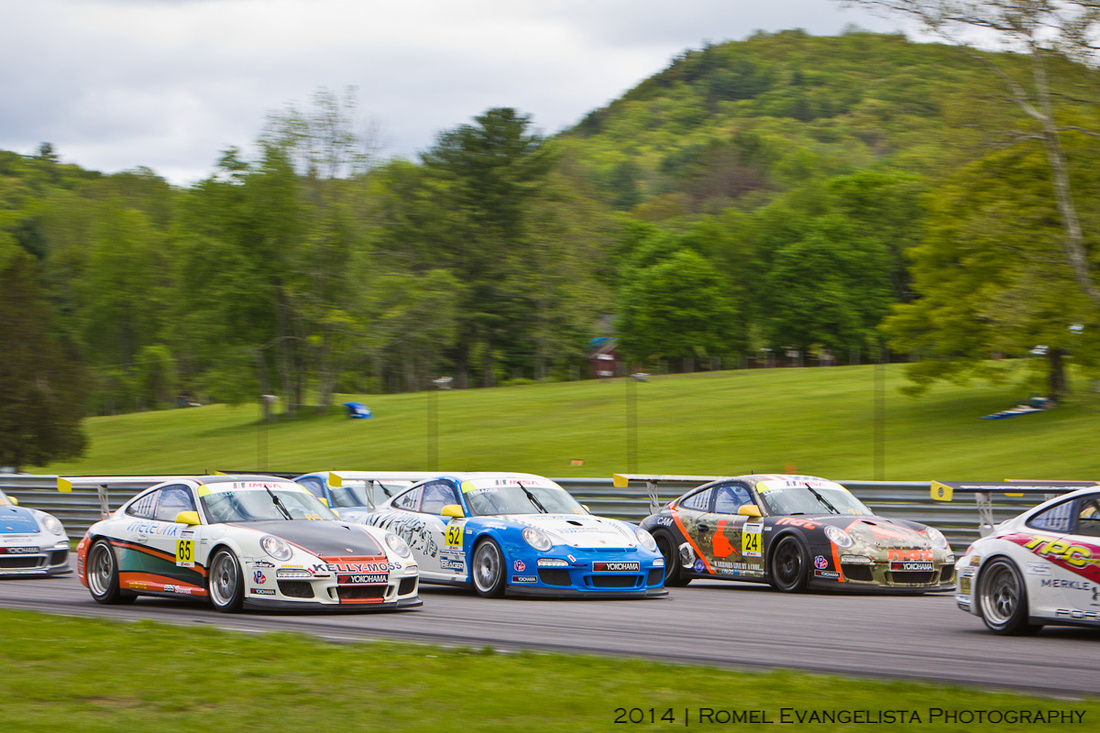 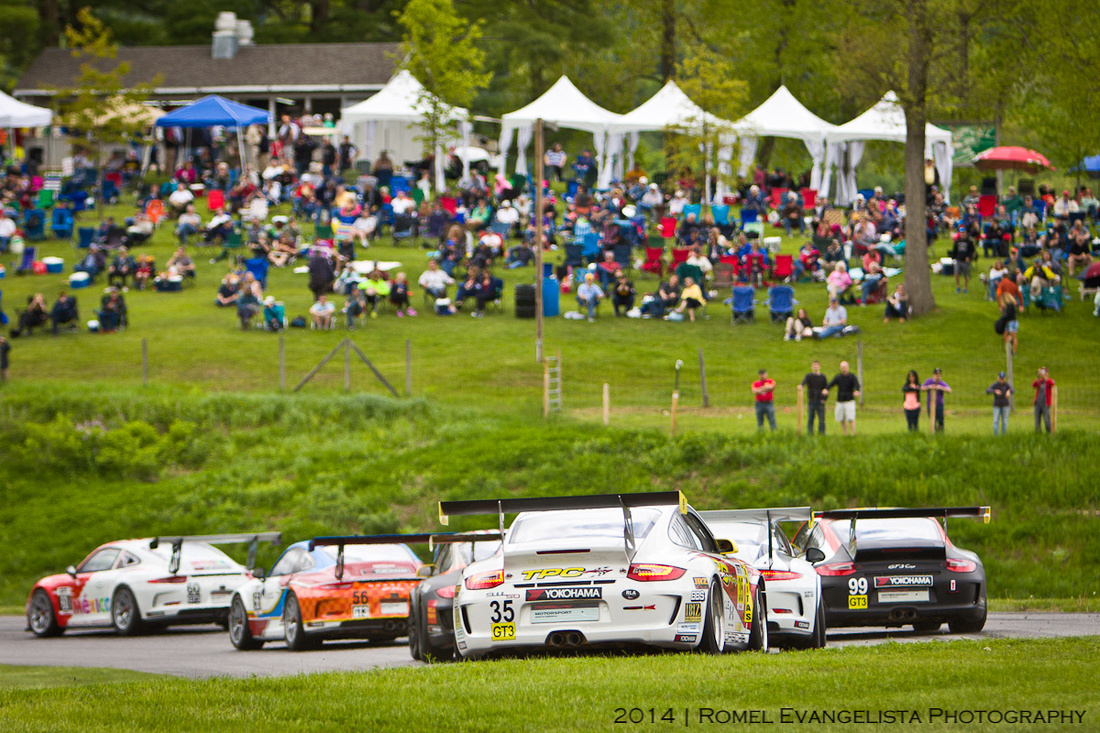 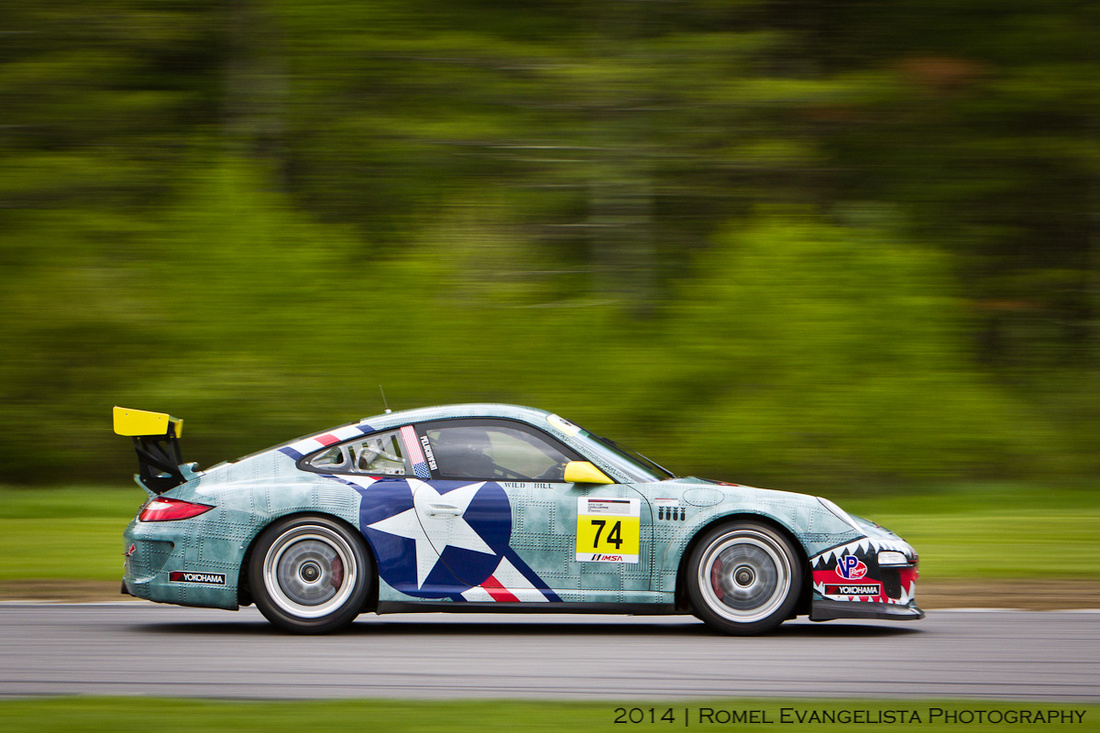 For the GS class race of the CTSCC race, I decided to shoot from the outside portion of the track stretching from the end of No Name Straight to the bridge located just after West Bend. These shooting locations were the longest walk to get to, but i knew that I would be able to get shots of the cars coming down No Name Straight, through the Uphill, and on their way through West Bend. It was definitely worth the long walk. Besides providing good angles to shoot the cars from, you get a good appreciation of just how much the cars are on the edge of control as they drive though the Uphill. Because of this, standing on the outside of Uphill section was definitely one of my favorite parts of the track to shoot and watch the cars from. 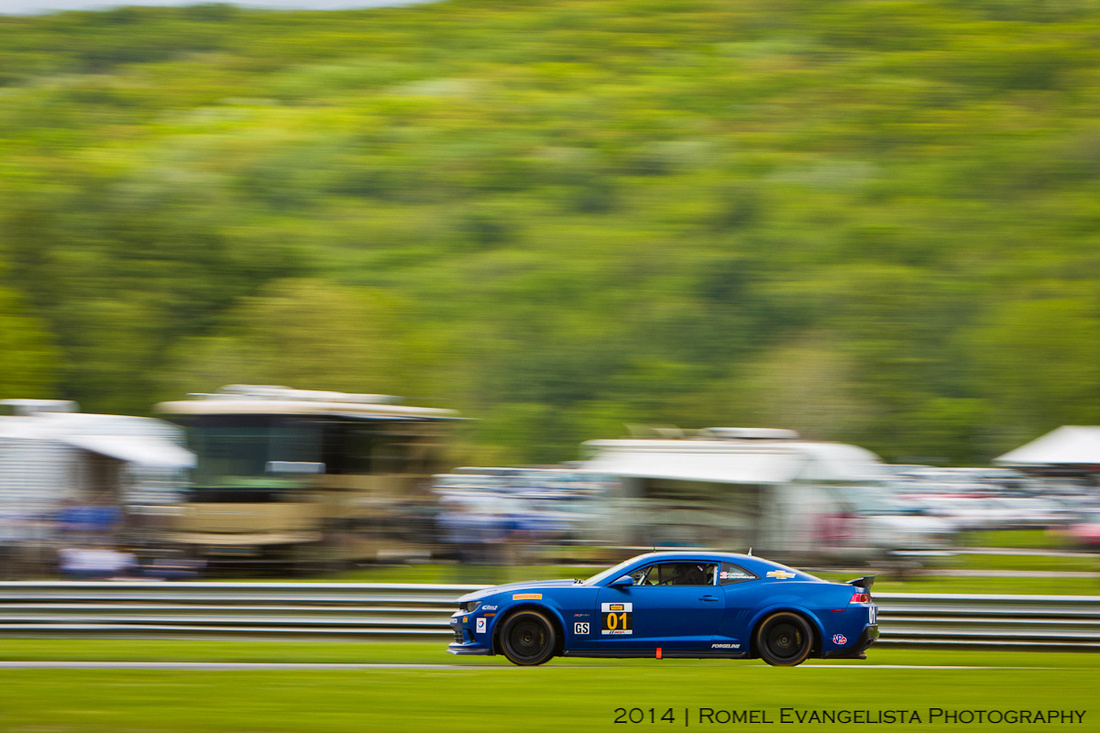 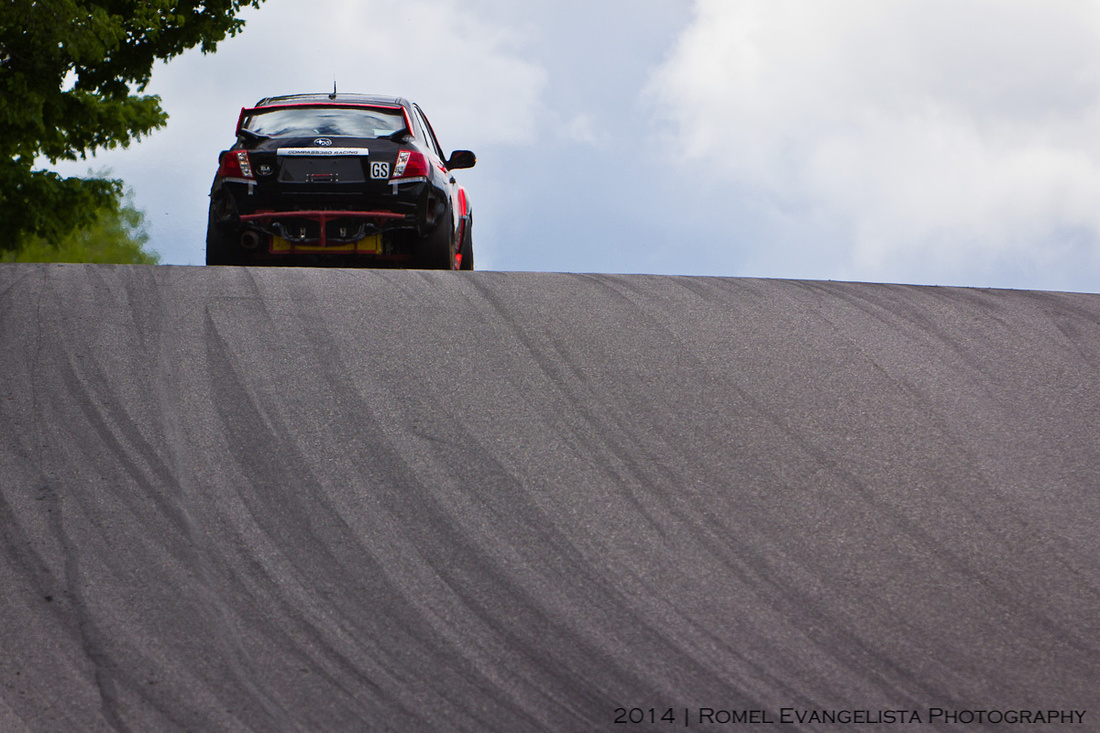 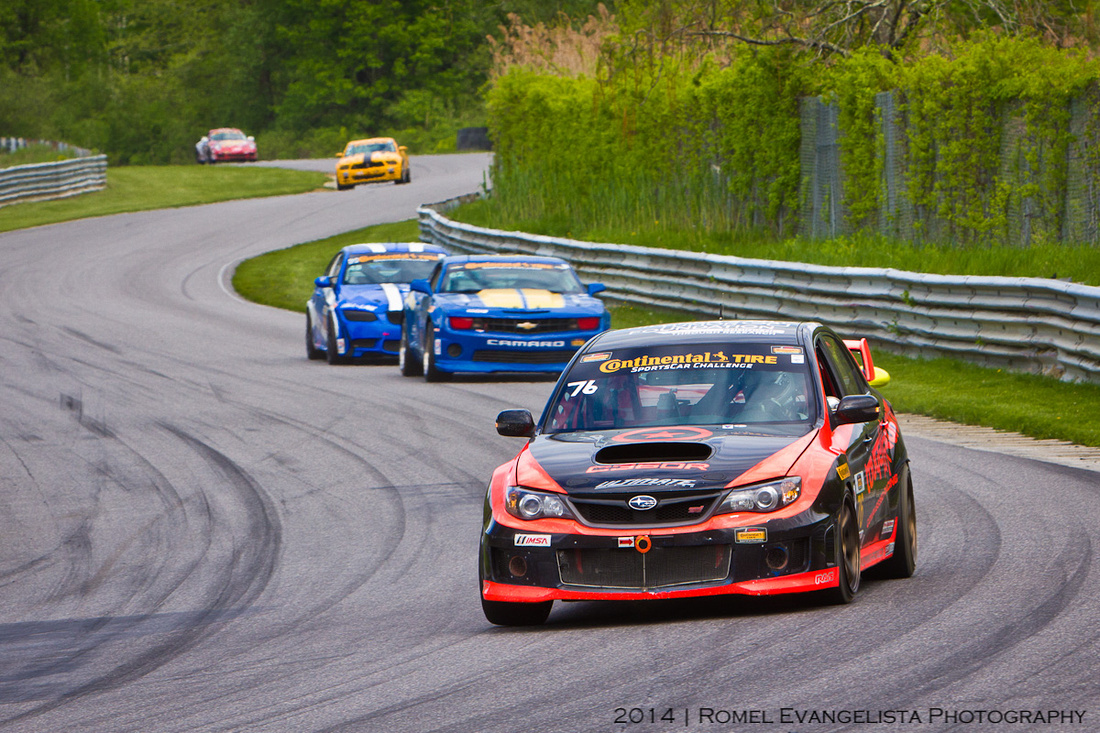 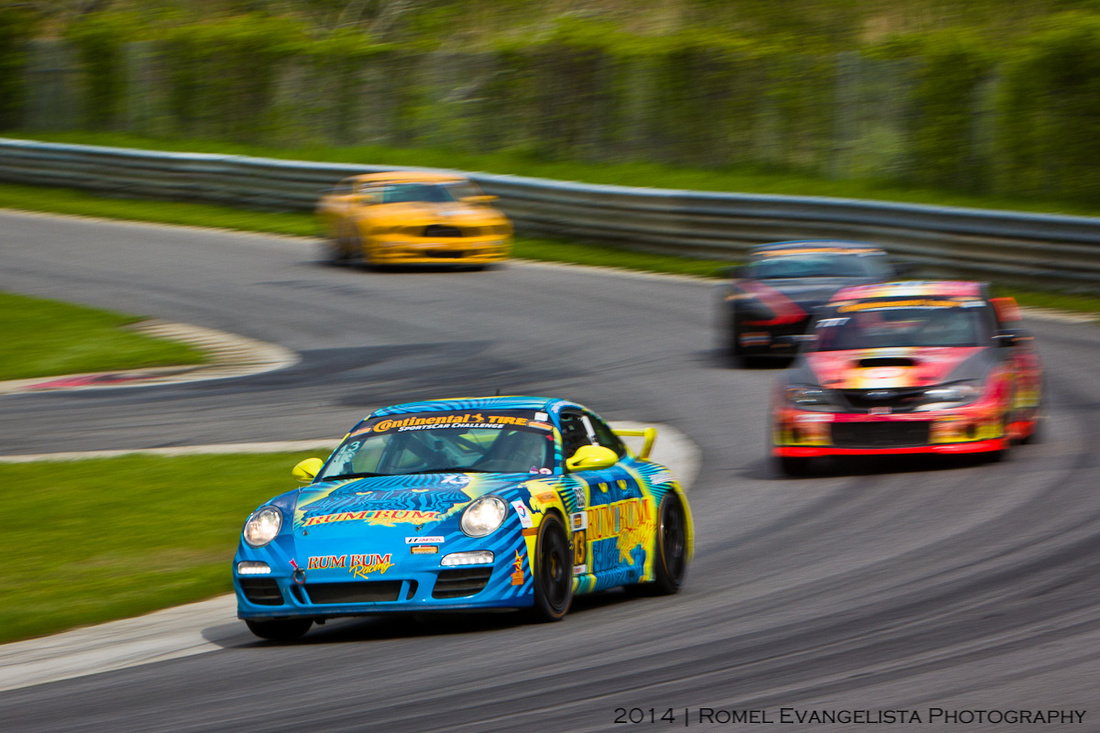 As the race was coming to the end, I made my way back to the infield section to be near the podium for the end of the race. I decided to shoot the podium from the fan area not only to get something a little different, but also because I was planning to shoot the second Porsche GT3 Cup race which was supposed to start shortly. Unfortunately, the skies opened up and the race was called off due to torrential rains. 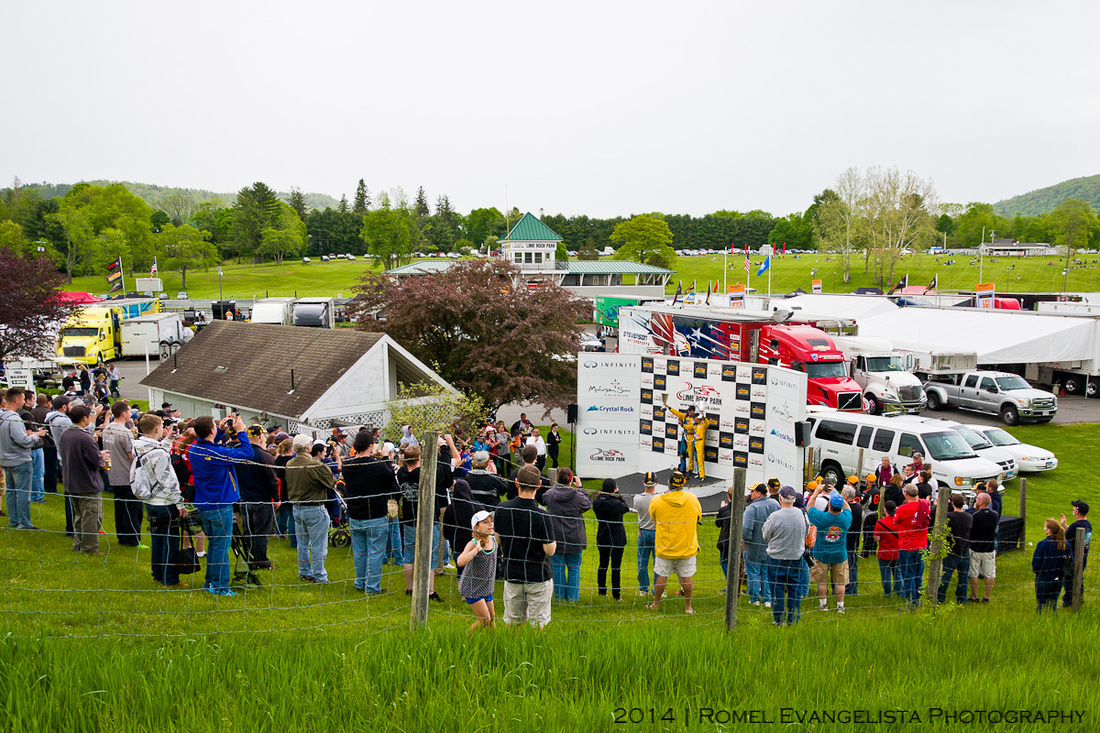 The beginning of the podium festivities.

Please visit my motorsports gallery to see more photos from the race weekend.

I'd like to thank Shea Holbrook, the staff of Lime Rock Park, my friends, and my fellow photographers for their help and support for making my weekend at Lime Rock Park a memorable one.