My Weekend at Petit Le Mans

Petit Le Mans is a 1,000 mile/10 hour (whichever comes first) sports car race held at the Road Atlanta road course located in Braselton, Georgia. 2013 marked the 16th year that the event has been held, and my very first trip to the event and to Road Atlanta. Petit Le Mans has always been a race that has been on my bucket list to attend, and with this year's race being the final race ever for the American Le Mans Series, I felt that this year would be as good a time as ever to make the trip down for the race.

Visiting a track for the very first time is something that always leaves me awe struck, and Road Atlanta was no exception. Although I have watched many Road Atlanta races on television over the years, it did not prepare me for just how hilly the track was once I was there. Upon driving into the track, the first section of track you see is the downhill drop into Turn 12, which is the final turn leading on to the front straight. Television does not do justice as to just how high and steep that hill is. The steepness of the hill is reinforced as you drive up the road that takes you into the infield portion of the track. The hills don't stop there though, as driving to the turn 5 area of the track revealed another hill that was longer and steeper than the one entering the track. Luckily, there are shuttle buses that operate within the track that will take you to different sections of the track and hopefully save you having to walk up the various hills located throughout.

After setting up camp, I walked around as much of the track as possible on the first day to know the lay of the land, and to see how many areas around the track were photo friendly. As I also prefer to shoot with the sun at my back, I tried to plan out where on the track I would prefer to shoot from as the day went on. Fortunately or unfortunately, most of the weekend ended up being overcast and rainy. It's a good thing in that it provides even lighting, but I like to shoot some wide shots, and blue skies definitely are preferred for those types of shots. The sun did make an appearance for qualifying and for the hour before sundown during the race. For qualifying, I positioned myself at turn 6. This allowed me to shoot with the sun at my back as the cars were making their turn-in into the apex. Turn 6 is probably the closest you can get to the track as well, and this allowed me to get some tight shots of the open cockpit prototype cars.  sun.

When race day came, much of the weather during the first half of the race was either rain or overcast skies. It seemed like the sun would not be making an appearance during the race. Luckily though, the sun finally did make an appearance, and it did so at the best time of day...about an hour before sunset, also known as the golden hour. I was at Turn 5 at the time, where the sun was casting a beautiful warm glow onto that part of the track. I think my best shots of the weekend came during that hour as the sun was setting, but I'll let you be the judge of that.

Below are a handful of shots from the weekend. I hope you enjoy them. 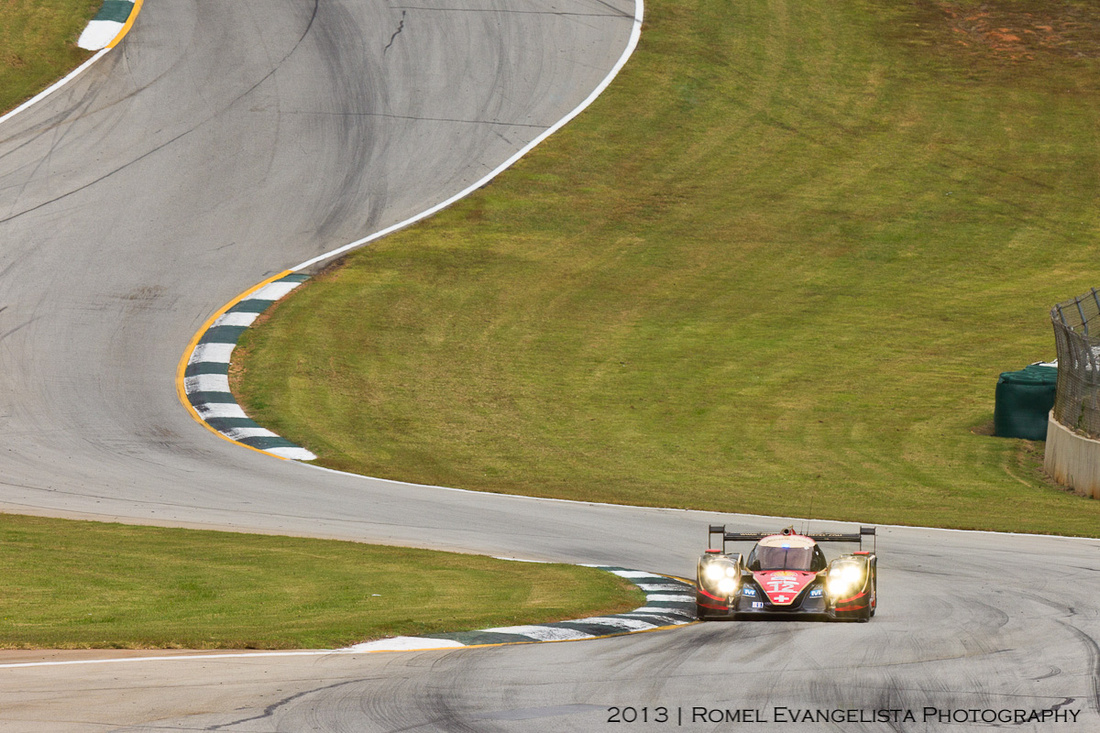 The #12 Rebellion Racing Lola B12/60 of Nicolas Prost, Nick Heidfeld, and Neel Jani. 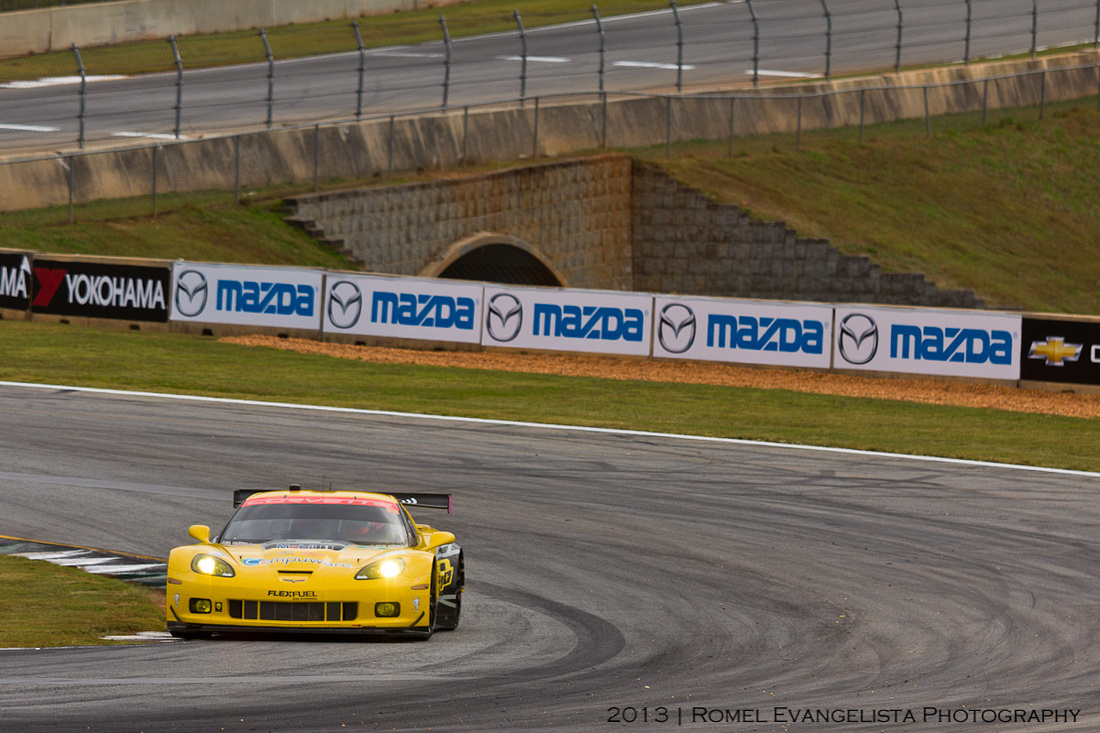 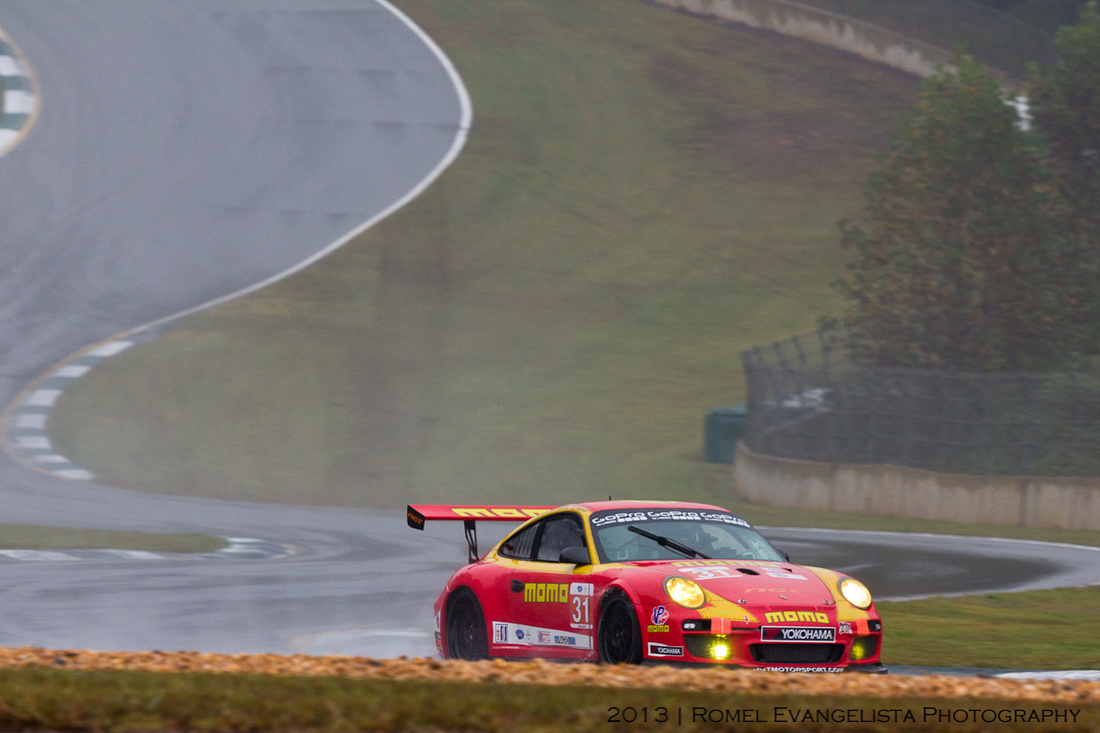 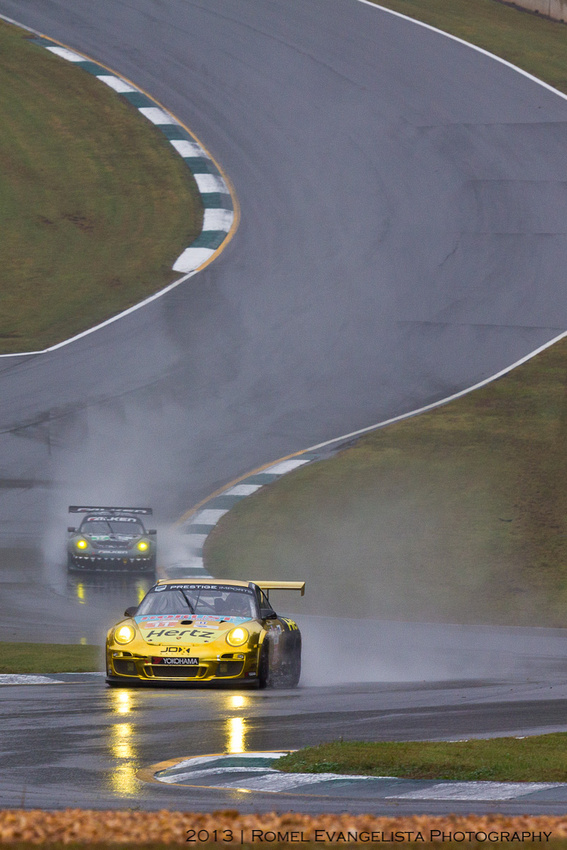 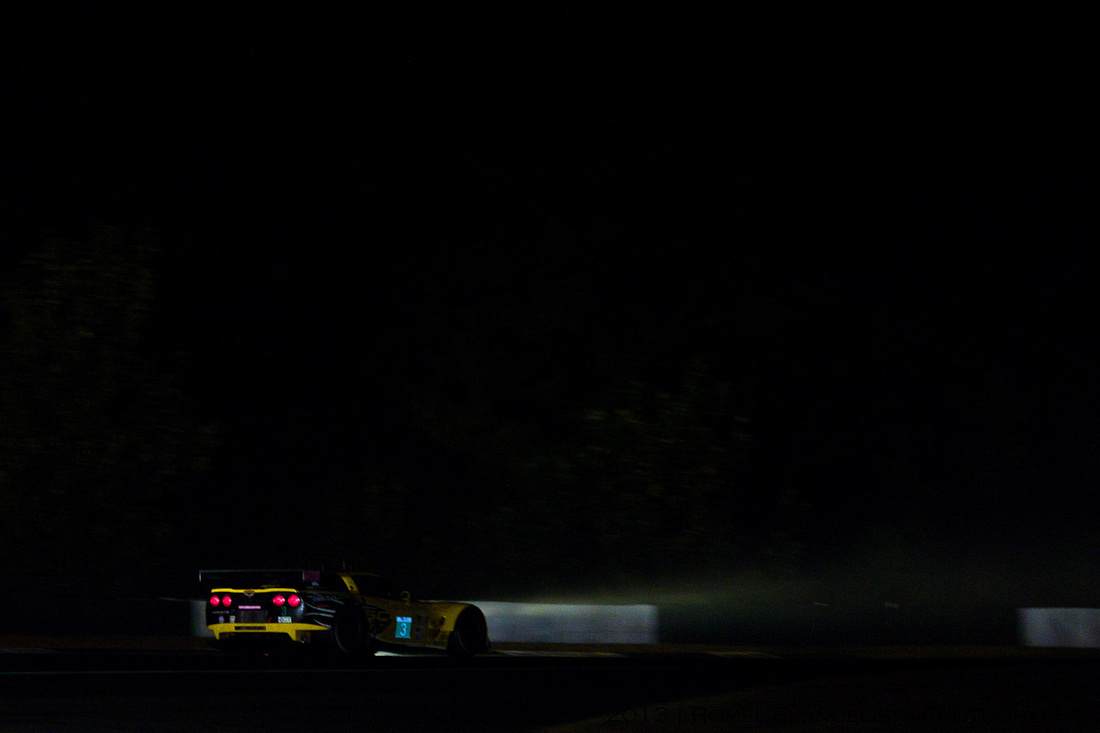 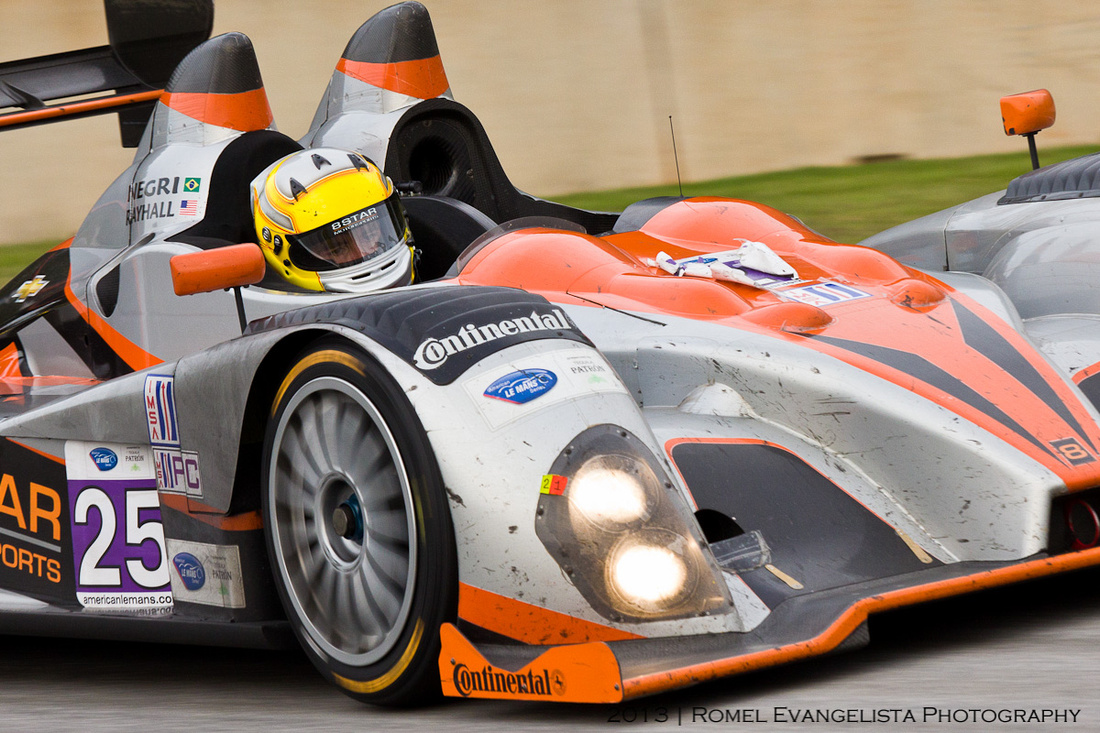 The #25 8Star Motorsports ORECA FLM09 of Ozz Negri and Sean Rayhall. (Sean Rayhall behind the wheel) 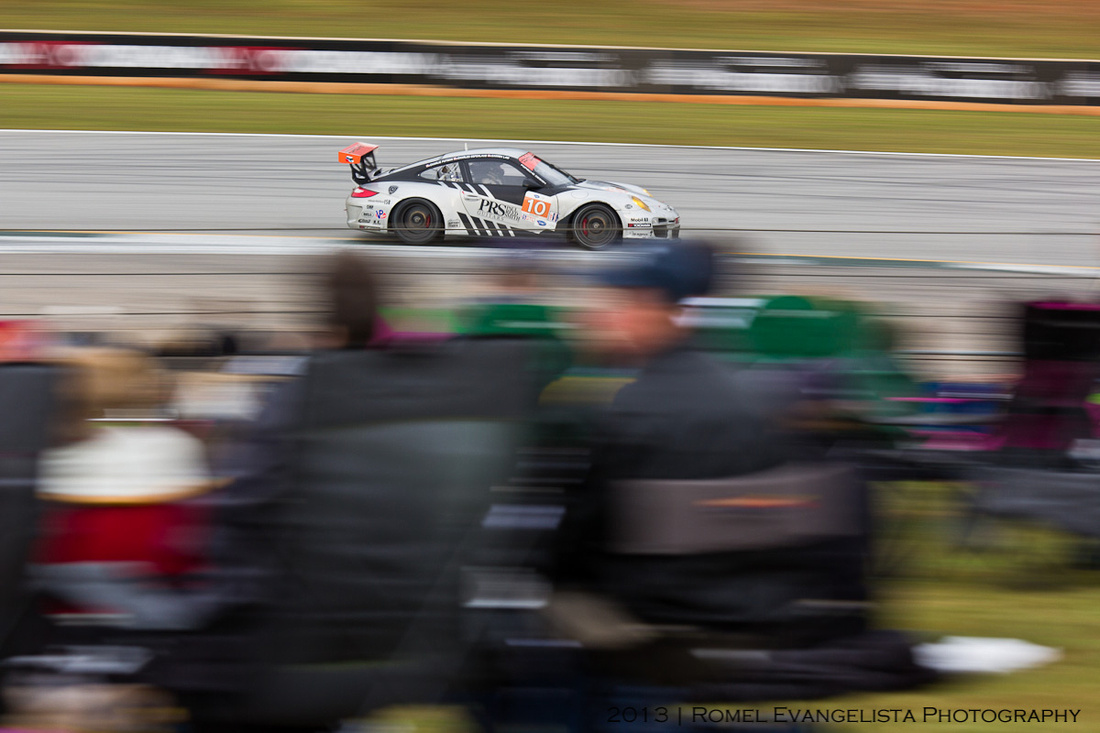 Please visit my gallery to see my other photos.